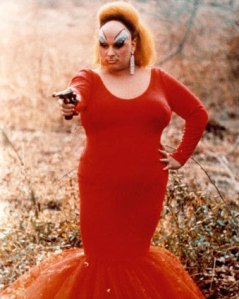 I used to write really atrocious poetry when I was in high school. I mean, really bad. I think it’s a phase that every teenager who takes himself way too seroiusly goes through. You know, to seem deep or something to that effect. Navel gazing as a sign of wisdom and maturity…To be called an “old soul”. The problem is, though, is that even though I understand that, when I was 18 I was angry for absolutely no reason at all, I’m still holding on to a fair amount of cynicism. To be honest, I’m holding on to alot more than a fair amount of cynicism. Last night, I was thumbing through some of my old philosophy term papers, looking for something to write about. I was thumbing through a epistemology term paper when I noticed a single page of looseleaf notebook paper sandwiched between a couple of pages of my term paper. It was the last poem that I wrote. I wrote it while that whole unpleasantness about hurricane Katrina was going on. And, typical to form, it was atrocious. But, I thought that I’d put it here. So, in lieu of an actual blog entry, I present crappy poetry: “if you can’t, don’t” i’m not gonna talk politics. I’m not gonna protest, or walk out, or demonstrate I’m not gonna sit-in And I’m not gonna write a letter, or send an e-mail, or make a phone call. I’m not going to do anything. I’m going to sit here in my comfy chair Look at my unused Ab-Rocker, and Be utterly, entirely AMERICAN. I’m gonna overeat and not get sleep And watch too much TV. And not give a good goddamn about anyone who hasn’t been On Extra! or on Entertainment Tonight Or seen on YouTube. It’s an E! Entertainment Television world out there And it don’t matter If it ain’t beautiful. therefore, I’m not going to do a damn thing. NOT ONE GODDAMN THING I’m not gonna care while the war is raging I’m not gonna care while children are starving Or when women are being gang-raped in Bosnia Or mutilated in Sudan, or while people are being Ethnically cleansed, bunker bombed, collaterally damaged, Or shocked or awed or otherwise wiped off the face of this earth. ‘Cause it just don’t matter to me anymore. Or just that it never did. I can watch floods in New Orleans And pretend to pity the so poor and the so black. I can watch genocide in Darfur And not even offer a piss-poor prayer to GOD in hopes that Maybe he’ll watch over them… Ican stare at the TV for hours And turn it off and still Have a nice day. I can do this because an American can do this. And besides, I live in a pretty good neighborhood.

I think that there’s something that I dwell on way too much. Well, actually (sorry alex) two things: 1) God, and two, my philosophy classes concerning God, and — in particular– my (attempted) conversations with my philosophy of religion professor. Since I’ve heard it said that no novel is ever finished ( George Lucas, my personal hero, said that films aren’t finished, they’re abandoned), I started to think about a paper I wrote in my philosophy of religion class. The class topic (officially) was THE PROBLEM OF EVIL, but the last paper topic was the hiddenness of God. Officially, my position is that something that does not exist cannot hide from anyone (I realize the serious positivist faux pas, here). But, if one wants a grade (a passing one anyway) one must play along and write the required term paper. So I wrote one. Which, now that I think about it, I could have dicked off the class given the fact that I didn’t actually (sorry alex) need the class to get my degree, but took the class because ( and I’m being completely honest here) I enjoy talking out loud in class and that professor in particular seemed to indulge my want to gab. In actuality, that man, just short of ball gags, would not have been able to silence me. Now that I think about it, ball gags would have spiced up the class quite nicely. Originally, my conclusion was this: God is all around us, and if one fails to see it, or Him, then one is ignoring the obvious. God need not reveal himself to prove that he exists. I actually reworked my paper as my last blog entry. But then, I thought, somewhere in the Bible, there’s a line that says that God is a jealous God. That means, if God is capable of experiencing jealousy, then God may be so inclined to experience any number of human emotions, including plain, old dislike for someone. Brad Pitt says in Fight Club that ther reason why our lives didn’t turn out the way that we were promised may lie in the fact that God has abandoned us. That, in all probability, he says, God never wanted us. He doesn’t like us — personally. As I look about the world around me, I’m beginning to think that Tyler Durden is right. Maybe God doesn’t like some people. So then I thought about the problem of hiddenness. Maybe God is hiding from us because he doesn’t like us as much as we like him. It could be that God is really not that into us. Take someone like Joel Osteen for example. If you don’t know who he is ( and really, don’t be embarassed at all if you don’t), he’s what was called in the 1980’s a “televangelist”. He does the Lord’s work via television. And for his work, he’s been rewarded. He’s got a hot wife, lots of dough, and he’s FAMOUS. All rewards, he may say, from God. Now, look at where you are. Swimming in cash? Are you or your significant other “hot” or “smokin'”? Do you have a TV show or millions of followers who are willing to send you cash to read a from a book that is available in nearly any bookstore and that they can read themselves? Probably not. You work hard, you may even pray or go to church. So why is God not sending you earthly rewards in abundance? It’s probably because he just plain doesn’t like you. Look, any of us knows that when you like someone you want the best for them, right? You at least try to see that the ones you like are safe and secure and are to some degree prosperous. Right? Haven’t you ever stopped to think what the hell did those people in Darfur do to piss God off so thoroughly? Why some people seem to be afflicted with so much unpleasantness while for others the worst that happens to them is a stubbed toe? There’s a saying that God doesn’t give to us any more than we can handle. Which, if we interpret that saying at face value, that means that any woman living under the Taliban can kick my ass in a New York minute. But, why would this God who is alternately described as a loving God give some people a life that, if you allowed the same thing to happen to someone, you wouldn’t be asked to babysit anyone’s dog anytime soon? Don’t we want to help and protect the people that we love? So, if God loves us, and he only gives us what we can handle, I’m guessing that God doesn’t love people with really shitty lives. He piles it on these people because he wants them to suffer. And he wants them to suffer because he doesn’t like them. It’s not that God is hiding. It’s that he’s hiding from you. I’ve never seen a miracle. I haven’t seen the face of Jesus in a tortilla either, but there are people that have. There are people who have been saved by guardian angels, and survived plane crashes that killed everyone else on board. There are people who, like our last president, claim that they personally talk to God. I used to scoff at them. But now, I realize the truth. God, despite my attempts to get his attention, just isn’t into me. It’s sort of explaining why Paul ditched Jane the model and hooked up with Linda. It’s that he saw her, and that was that. I guess it kind of works the same for God. And since, presumably, God sees all, he knew when he created the world that he wouldn’t like me ( which makes the whole idea of predestination all the more crappy, doesn’t it?). My God, I think that I really depressed myself there. I’d better stop before I really say something depressing.

What is it like to be a woman in philosophy?
the mindless philosopher
Create a free website or blog at WordPress.com.