I saw the latest Star Trek flick the other day.
This is a picture of the cast 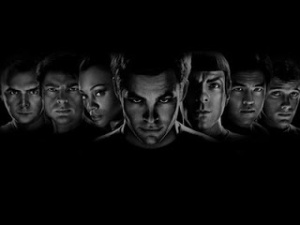 FINE LOOKING BUNCH OF ACTORS, AREN’T THEY? TOO BAD THE PURISTS HATE THEM.

Like so many Star Trek “purists” out there, I really wanted to hate it.
Something to do with messing with a hallowed tradition, or some BS like that.
I really wanted to leave the theater seething and declaring that Gene Roddenberry would be rolling in his grave at the travesty that passes itself off as a Star Trek movie. But I liked it.
Not just moderately tolerated it, but really liked it.
Too bad. I was looking forward to a good rant.
Now, if only someone would get hold of Star Wars*…
https://www.youtube.com/watch?v=WWaLxFIVX1s
What I noticed, and what I liked about the new Star Trek movie was the fact that it didn’t have the typical/traditional Star Trek bash you over the head philosophical grandstanding that’s usually passed off as “undertones” or “subtext”.
The stuff that’s supposed to be why smart people like sci-fi.
I found the fact that it was lacking quite a relief.
But, a funny thing happened while I was watching the movie. Despite the apparent lack of obvious philosophical subtext or overtones, the philosophical question started coming to me.
I was there, sitting in the darkened theater, and my mind started thinking. My brain actually started to look for some philosophical subtext to the plot. And I found one. It actually didn’t take too long to find it. Ok. Here it is:
Because of a slight time travel problem ( it wouldn’t be Star Trek without some time travel, would it?), the result is a pair of Spocks — one older and one younger.
This is Spock #1 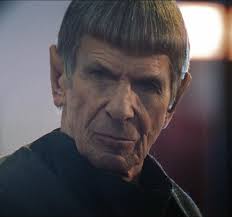 SPOCK #1, A.K.A. TOS (The Original Series) SPOCK
OR SPOCK PRIME
And here is Spock #2 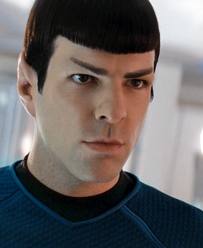 SPOCK #2, THE OTHER ONE
Now, I thought, as I sat in the darkened cinema, munching on my sneeked in food, hoping no one would recognize the snap and crisp fizz as I (hopefully) secretively opened my can of Coke,  if there are two Spocks, are they the same person?
Let’s say that I stick the duo side by side and said something like, “Spock=Spock”. Would I be correct if I said so? Is what I am putting forth actually true?
Putting age aside, we can state with some assurance that the Spocks are  genetically the same: they are both the offspring of a human woman, Amanda Grayson, and Vulcan Ambassador Sarek. If  they are the same genetically, I presume, that both Spocks are identical on the quantum level.
That means atoms and molecules and s#!t. 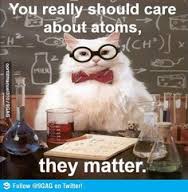 And anything that is the same on the quantum level is identical to itself. 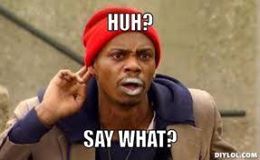 What I mean to say is that, if Spock and Spock are the same on ever level that is quantifiable, then they are the same person.
Or at least go along with this for the sake of the argument, ok?
I would be forced to say that Spock and Sopck are the same person. And since I’m no physicist, I will state this as fact, even though I am unaware that there may be some additional requirement to state that the Spocks are indeed the same person.
I mean, I can easily argue that they are not based on the different life experiences of each Spock. Or if the fact that they are not the same age makes them different. I don’t know.
But, even without considering any additional scientific questions or possibilities, I will indeed state that Spock and Spock, despite their quantum similarities, are not the same person. 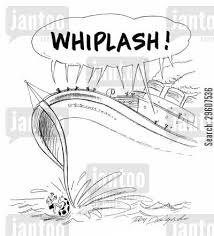 I know, from reading Quine, that if say, one Spock was missing his left index finger, that we could easily say that the Spocks are not the same person. The pair would be strikingly similar, but not the same (as one is missing his left index finger). I’m not sure if non-physical factors such as one’s life experiences functions the same as a missing finger, but, when we think of the things like what makes us who we are, we tend to look beyond our physicality. We are, we say, more than our DNA.
Master Yoda says that we are more than “this crude matter”. Yes, I mixed franchises. I am sci-bi after all. 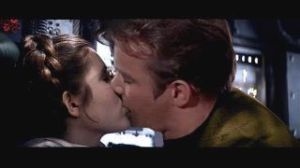 We are made up of many things that comprise who we are: our experiences, our environment, our beliefs, thoughts and feelings all have to do with what makes us us. Our physical bodies may suggest some thing, but taken as a whole, we are something else — that is, our bodies may define what we are, but there is a matter of who we are.
I don’t think that the Existentialists are alone in suggesting this.
In the much maligned Star Trek: Nemesis, Dr. Crusher explains to Captain Picard the reason why he and Shinzon are not the same person is that their life experiences made them different people.
( BTW: I still think this is one of the better flicks, despite the fact that they totally ignored the fact that Dr. Soong created more androids than Data and B4)
Shinzon, for those who haven’t seen the movie ( and plenty didn’t, since it only grossed $43 million) was a clone of Captain Picard — an exact physical replica of the Captain. Although Shinzon was an exact duplicate of the Captain,  the two men experienced vastly different lives. Picard grew up on earth, the son of a winemaker. Shinzon was raised on the Romulan moon Remus, where he was enslaved and abused by his Romulan captors.
The men shared the exact same DNA, but in essence, they were not the same person.
Uh-oh. I done used a philosophical word: person.
“Person” is a loaded term. Being a person, as opposed to being a mere being, conveys a a uniqueness, perhaps even something transcendent within all of us. Each person contains an essence of who we are — something that is unique to us as individuals that differentiates us from all others,  including identical twins or clones. The idea of an essence is connected to the fact that we see personhood as something individual to each being and beyond the mere physical.
The Spocks’  experiences make them different. It’s not beyond the possibility that experiences make us physically different as well. We know that we can influence our physical bodies with our own minds. Anyone who has ever thought himself sick or worried about a midterm to the point of puking knows this. We know that what we think can change ourselves internally. A brain of a person suffering from depression looks different from a person who does not. Scientists even theorize that one’s mental outlook can influence a person’s chances of developing diseases such as heart failure or cancer. 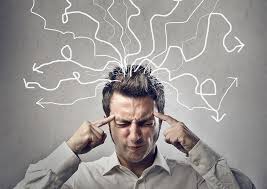 THIS MAN IS GOING TO THINK HIMSELF INTO A MASSIVE CORONARY

So, if we looked at each Spock’s brain, we might be able to postulate which Spock is which from looking at their brains. TOS Spock, due to his life different experiences and the fact that he died from radiation poisoning,  might show differences on a brain scan that we would not see in reboot Spock’s brain. If this is so, then we have reason enough to say that although Spock and Spock look alike and share the same genetic code, they are not the same person. 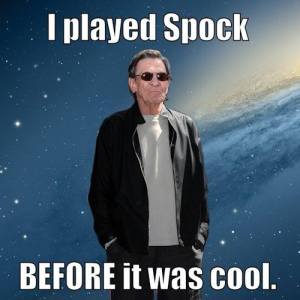 SPOCK AND SPOCK MAY LOOK ALIKE BUT WE ALL KNOW WHO
IS THE BETTER SPOCK, RIGHT?
You see, Dr. Crusher was right. Scientists may tell us all about our genes and atoms, and tell us that on the quantum level, no human being is really different from another. But, when we think about it all philosophically, there is much difference in and between all of us, even when we look exactly the same.
OK, I know. I know that this one wasn’t supposed to lay on the heavy philosophic stuff. The newest Star Trek movie isn’t supposed to lead to heavy philosophical discussions. It’s all about the early summer action flick. So, I’ll end my post on this note: the special effects were great (especially the scene when the Enterprise comes out of warp speed in the middle of a debris field), Simon Pegg is as entertaining as ever, and Zachary Quinto’s Spock is totally hot.
*This post was originally published before it was announced that Star Trek reboot director JJ Abrams would be directing the next Star Wars film.