I was recently corrected on a philosophical term.

It’s no big deal or anything. It actually happens quite often.

I wrote that I am a soft determinist or “even a compatibilist”.

Someone told me the two terms mean the same thing.

That is to say, some people don’t know that a person who is a soft determinist is also a compatibilist. Believe it or not, there are people out there who are unfamiliar with one (or even– gasp– both) terms.

That’s why I wrote it that way.

Not everyone is a philosopher.

Definitions aside, my current correction reminded me of the reason why, although I consider myself a philosopher, I hate philosophy.

Or rather, why I tend to avoid conversing with philosophers. Philosophers pay a lot of attention to the technical stuff.

Yeah, I know. Proper philosophy requires a specific and precise lexicon to construct proper, logically-correct arguments. And all of that is great. It would be difficult to make a convincing argument for anything, much less a philosophical argument if we made a habit of playing fast and loose with language. But when you get hung up on whether someone is using the word “intuition” Kantianly correct rather than trying to listen to what the person is trying to tell you, that old Gloria Estefan song (or is it Miami Sound Machine?  No, wait – I think it’s just Gloria Estefan)

Either way – whether it was Gloria Estefan or Miami Sound Machine, it’s now classic adult contemporary. Can you believe that? Does that make anyone else feel old?

Anyway, Gloria Estefan is right – even in philosophy – sometimes the words get in the way.

Sometimes we get so focused on words that we ignore what someone is actually saying.

What Wittgenstein didn’t say, however, is that average folks should get into the business of doing philosophy. He didn’t think that philosophy should be made simple for the masses.

I should have a quote of Wittgenstein saying this but I don’t. 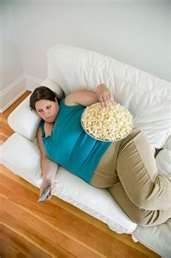 This is my favorite position for thinking philosophically. It makes it easier to take a nap… err… do deep philosophical contemplation

Sure, Wittgenstein’s sentiment sounds just fine to philosophical types who delight in their esoteric philosophical mumbo jumbo and fancy themselves the smartest guys in the room. But what Wittgenstein says about dumbing down philosophy is exactly what, I think the problem is. If you’re so busy not thinking of thinks simply, you end up with ideas that are so complex and a language obtuse and technically dense that no one, even other philosophers, have any clue what you’re talking about.

Listen: Ol’ Ludwig Wittgenstein might not have appreciated making philosophy easy to understand but there’s something to encouraging everyone, no matter how dumb or philosophically un-adept they may appear, to think philosophically.

Even if that means we occasionally muddy up the language.

This is Ludwig Wittgenstein. He looks like the kind of guy who takes his philosophy VERY (perhaps even too) seriously

The ancient Greek philosopher Antisthenes stated that philosophy shouldn’t be exclusive or overly academic or esoteric. Antisthenes argued that academic philosophy is useless and that the right kind of philosophy (dare we say the only legit philosophy) is philosophy that is taught and understood by every man.

That means all that deep philosophical technical talk, though aurally pleasant to the auditory nerves of most philosophers, often does get in the way of doing real, or at the very least useful philosophy.

Any one of these people may be a philosopher… so long as philosophers stop talking like no one else should understand them.

Ok. I hear all you philosophers. You think I want to destroy everything that makes philosophy philosophy, right?

Actually I kind of do.

I assure you my point isn’t to destroy philosophy (I think Wittgenstein wanted to do that, though) or to say that anything goes and everybody should be ambiguous and vague with philosophical arguments – I’m not encouraging messy argumentation.

I’m not saying that at all.

What I am saying is that if you know what someone is saying or trying to say, don’t be so quick to correct a guy if he flubs a word or two. And don’t get so hung up on terminology that you miss the point of what was said.

There is such a thing as missing the forest for the trees.

I assure you if you do nothing bad will happen. Philosophy won’t be destroyed. Philosophically bad and fallacious arguments won’t be the order of the day. All possible words won’t come to a sudden end. Immanuel Kant won’t haunt you for using the word “intuition” wrong. And Wittgenstein won’t call you out for bad metaphors.

If you know what a guy is getting at, give him a break. Let a word or two slide.

Chances are you’ll mess up a thing or two, too.

And really, it you make a habit out of doing it, makes you look like kind of a jerk.

… Still, if you find yourself wanting to go all philosophy professor on someone you might want to silently hum this little ditty to yourself.

The philosopher Harry G. Frankfurt in his book On Bullshit recalls a story about Ludwig Wittgenstein as told by Fania Pascal. Apparently Wittgenstein was no fan of hyperbole. (SEE: pgs. 24-34)