This cat and my book. 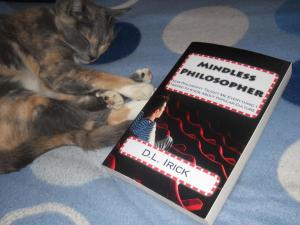 I watch a lot of MSNBC.

Yeah, I’m a liberal so I watch MSNBC.

Plus, I got this thing for Rachel Maddow.

I won’t explain it here. I don’t want it to get weird.

My God, what was I talking about?

I watch MSNBC. I even watch on weekends. I suspect that whoever is in charge of weekend programming thinks no one is watching because they air the same shows practically every weekend. They show that Dominick Dunne show about people killing each other. A lot. I think I’ve seen the same one about the poor dude who marries the rich lady from Texas and then poisons her with arsenic-laced pills about a dozen times already.

Besides, Dominick Dunne has been dead for how many years now?

Anyway, in addition to showing the same episodes of that Dominick Dunne show (Really, MSNBC. Airing that show is getting a little creepy) the weekend programming staff seems to be fascinated by shows about sex slaves.

I had no idea.

Next to illegal drugs and guns, human trafficking (especially for the purpose of prostitution) is big (illegal) international business. It’s estimated nearly 800,000 people, especially women and children, are globally trafficked a year. 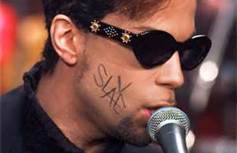 I’m not talking about this kind of slave, but real ones.

You Know, if you think about it, it’s not entirely shocking that modern slavery still exists given the fact that slaves and slavery (of some form or another) have been around since the birth of human civilization.

Slavery is not only a historical fact; it’s been tolerated (historically) in many cultures. Slaves traditionally were conquered people or people who owed money and were sold into slavery to work off debts. Ancient Mesopotamia, India, China, Egypt, Greece, Rome, and pre-Columbian Americans held slaves. Slavery is even mentioned in the Bible. Despite its prohibitions against such immoral acts such as witchcraft, mixing fabrics, eating shellfish, and making fun of bald men, the Bible does not prohibit slavery. Christian civilizations sometimes lessened slavery and occasionally slaves were liberated,  but neither Christian nor Islam (Mohammed urged that slaves should be treated well) did not end the practice of enslaving people.

Seriously though, according to the Bible making fun of a bald man may be a bad idea. 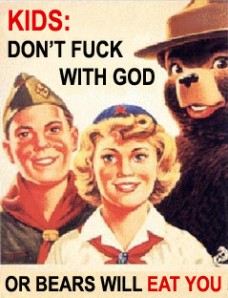 And now for the philosophy.

Like many folks in the ancient world, the Greek philosopher Aristotle does not object to slavery. Aristotle argues that just as nature produces philosophers (the highest men), nature also produces natural slaves. Some are designated from birth to rule while others are destined to be ruled. Aristotle states that in the household (which is the foundation of society) slavery is not only expedient, it’s right. The slave is (and should be) naturally inferior to the master. Slaves should not be Greeks but inferior people but barbarians, (who are natural slaves). In Politics, Aristotle writes:

But among barbarians no distinction is made between women and slaves, because there is no natural ruler among them: they are a community of slaves, male and female. Wherefore the poets say:

“It is meet that Hellenes should rule over barbarians”;

as if they thought that the barbarian and the slave were by nature one.

The slave, says Aristotle, is a “living tool” and the master cannot be friends with his slaves (that’s because slaves are not full people like their masters). Aristotle states that slaves should not be educated as a superior person is educated (because they can‘t be, anyway). Slaves should be taught useful arts like cooking, cleaning, and how to care for livestock.

Although the ancient Greek philosophers inspired the philosophy of the Enlightenment, it’s clear that there is no “all men are created equal” according to Aristotle.

(At this point it’s important to note that even though slavery has existed since people figured out that you can force other people to do hard work for you if you beat them, the criteria for who was fit (in Aristotle’s case naturally fit) for slavery is not racial in the same sense that we view race. The racial qualification for servitude (i.e. being African) wasn’t established until the mid-1400s when the enslavement of Africans was justified on the basis that Africans were an inferior race only fit for servitude).

With the pre-Enlightenment ideals of freedom, liberty, and self-determination spread across Europe and the American colonies, some saw enslavement of Africans as contrary to those ideals and by the mid-1800s objections to slavery on the grounds that enslaving one’s fellow humans is morally wrong (namely because lifelong servitude causes suffering) grounded the abolitionist movement. Abolitionists saw slavery as a sham, a denial of human rights; and to force others to forfeit their God-given liberty is contrary to the American belief in Life, Liberty, and the pursuit of Happiness.

Slaves were miserable. They weren’t happy and presumably would be happier if they weren’t slaves.

That’s a fairly easy assumption to make about people who lived like this: 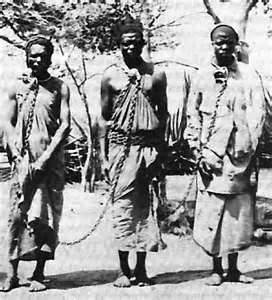 The great abolitionist Frederick Douglass addressed how the institution of slavery contradicted the principles of the Declaration of Independence. Douglass wrote:

What to the American slave is your Fourth of July? I answer, a day that reveals to him more than all other days of the year, the gross injustice and cruelty to which he is a constant victim. To him your celebration is a sham… your shouts of liberty and equality, hollow mockery… are to him mere bombast, fraud, deception, impiety, and hypocrisy

Douglass wrote “It was not color, but crime, not God, but man, that afforded the true explanation for the existence of slavery.”

The funny thing about slavery (if it’s even possible for anything to be funny about slavery) is that the America’s Founding Fathers, some of whom were certainly slave owners, believed that slavery was wrong. The late historian Howard Zinn writes that in the original draft of the Declaration of Independence Thomas Jefferson wrote that King George III of England suppressed “every legislative attempt to prohibit or restrain the execrable commerce”.

However, Zinn adds, Jefferson’s condemnation of the king was excised from the final draft of the Declaration by the Continental Congress.

But some of them still owned slaves.

I think I kinda know why.

Besides the fact that no one who has the opportunity to say no wants to pick cotton by hand.

I know I’m going to do a bit of stretching here. But play along with me.

We trace our ideals of freedom and liberty (at least as a politically guaranteed right) to the philosophy of John Locke (who, by the way, was heavily invested in the slave trade), but we also trace our idea of democracy to ancient Athens, a society that believed that not only is slavery morally permitted but a part of the natural order. Our idea of democracy isn’t just Lockean but also the ancient Platonic/Aristotelian view of the purpose and function of proper government.

I’m getting to my point. Bear with me. It’s gonna take a sec.

Aristotle (and Plato and Socrates) believed that the aim of government is the good of the whole. And Happiness (capital H) is a part of that good. The good, according to Aristotle, consists in acting virtuously, but also (as Socrates also believed) in performing according to one’s assigned role in society. The good of the community is inextricably tied to everyone doing what he (or she) is supposed to do. Society cannot function if people do not perform according to their characteristic function – this is the only way a society can be harmonious. Aristotle writes:

But perhaps the reader thinks that though no one will dispute the statement that happiness is the best thing in the world, yet a still more precise definition of it is needed.

This will best be gained, I think, by asking. What is the function of man? For as the goodness and the excellence of a piper or a sculptor, or the practiser of any art, and generally of those who have any function or business to do, lies in that function, so man’s good would seem to lie in his function., if he has one.

So, when everyone is acting according to his/her characteristic function, we are not only acting for the good of the community, we are also Happy. We are unhappy when we don’t perform according to the role assigned to us by nature.

Aristotle says “thus it seems that happiness is something final and self-sufficing, and is the end of all that man does.”

Ok, Aristotle wants everybody to be happy. And we know that being a slave obviously makes one unhappy, so there’s no way we can justify having slaves, right?

Aristotle writes that the good things that make us happy (wealth, pleasure, health, etc.) are second to a higher good. According to Aristotle, eudemonia consists in development of a virtuous soul.

And as we all know, Aristotle says when we act according to our characteristic function we are participating in virtuous activity.

This all has me wondering…

If it was believed that Africans were naturally fit for slavery is it possible that, despite the fact that slavery is brutal and is a denial of human freedom, that Jefferson believed that his slaves were happy?

At least in the philosophical sense?

If anyone objects to my argument, remember this is just a philosophical exercise (or thought experiment, if you will), not an actual treatise on slavery, its philosophical merits (if any), or Thomas Jefferson’s actual view on the emotional/philosophical state of his slaves. I’m more than certain that my ancestors would have thrown over philosophical happiness for freedom.

In Nicomachean Ethics, Aristotle writes, “Again, the enjoyment of bodily pleasures is within the reach of anybody, of a slave no less than the best of men; but no one supposes that a slave can participate in happiness, seeing that he cannot participate in the proper life of man. For indeed happiness does not consist in pastimes of this sort, but in the exercise of virtue, as we have already said.” (pg. 233)  According to Aristotle, since a slave is not a full human being, a slave cannot be happy.