I regularly listen to NPR.

Say what you want about that. I ain’t gonna stop.

A few Saturdays ago, I was listening to a show called Radiolab.

The topic that week was language.

They talked about Shakespeare, and how children and hearing-impaired people learn to speak. They even talked about rats and their inability to tie together concepts like “blue” and “to the left”.  Nowhere in the entire hour-long show did I hear the words “philosophy of language”. No Frege. No Russell. No Saul Kripke. No Hillary Putnam. No Ludwig Wittgenstein. Not a peep about the Vienna Circle.

Yes. There is such a thing as philosophy of language.

Philosophers have opinions about everything. 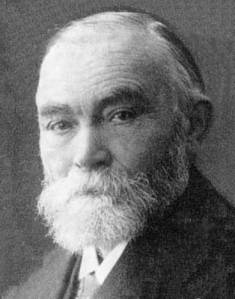 I was a little disappointed. And for some strange reason, I kind of felt left out. After all, what’s the point of taking a philosophy of language class if NPR won’t even discuss the topic?

Remember: we think of our world in terms of language. If we’re confused about concepts (we think about) or meaning (of the words that we speak), our beliefs about the world (aka reality) won’t do us much good.

Despite what NPR might have us believe, language isn’t just about acquisition or how many words William Shakespeare invented.

By the way, Shakespeare invented a lot of words.

If you’ve ever used the words uncomfortable, unreal, or lonely, you can thank Bill Shakespeare.

That’s because everything we say is either true or false*.

So, for the statement “The present king of France is bald” to be true, there must be a king of France, he must be bald, and he must be sitting on the throne right now. If we wanted to say this philosopher-like, we’d say something like this:

The folks at NPR may have neglected to mention it, but language is about definite descriptions, propositions, sense, reference, sense-data, rigid designators, language games, signifieds and signifiers.

Oh man, wait a minute, why am I explaining any of this?

It won’t do you any good when you’re listening to NPR, anyway.