I watch a lot of movies.

Maybe too many movies.

I must say, however,  I’ve never seen any of The Fast and the Furious franchise.

I’m more of a horror/sci-fi person. Not much of an action fan.

On November 30, 2013, one of the stars of The Fast and the Furious franchise, Paul Walker, died in a car crash.

There’s something funny about movie stars. You never really think of them as having an actual age. A few years ago, I wouldn’t have spent one second thinking about his age. But now that I’m older, the first thought on my mind when I heard the news was the fact that Paul walker was only a few years older than me.

And even if he wasn’t so close to me in age, his death would still be tragic. He was a person. He has family and friends. And many fans who are now mourning his sudden and violent death.

I don’t know how many R.I.P. pages popped up on Facebook.

And, of course, his death made for plenty of programming on TMZ.

TMZ posted video of the car Paul Walker  in in flames. 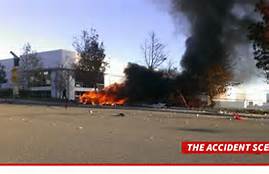 A few days after the crash, TMZ aired their  “last known video footage” of Paul Walker.

You know, when a famous person dies, there’s no shortage of sensational coverage of a person’s life. Death, whether a person is famous or not, is often treated like an entertainment event. I guess if you’re famous or  unfortunate enough to die in a spectacular fashion, the news and entertainment show vans and their cameras aren’t too far behind.

Unfortunately for Paul Walker, he was both.

But sometimes, it gets us thinking about those things that we otherwise often put off – like the inevitability of death. That death, no matter whether a person is 9 months or 99 years old, is an unpleasant and often unwelcome reality we all must face. But as tragic and uncomfortable as the subject of death (even the death of a famous person) is, it’s also an opportunity to ask philosophical questions.

Naturally, when someone dies,  our minds often drift to questions about our own lives – what our lives mean. We ask if our lives have meaning. Have we accomplished all with our lives that we wanted to do? What will our lives mean to others after we’re gone? Have we made a difference?

When a celebrity dies, especially if there were others killed along with the famous person, we ask what is the true value of a life. Paul Walker was a famous person but he was not the only person killed in the accident. Walker’s friend, race car driver Roger Rodas, also perished.

I’m certain that many people were shocked and saddened by the death of Rodas, but if you spent any time watching the Hollywood-centered media, it’s likely that you may have had the idea that Paul Walker was the only occupant in the car. 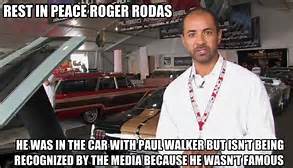 That’s because in our media-driven culture, the lives of the rich and famous are often more valued than the lives of average people. We want to believe that our lives, that any life, is important and if tragedy befalls anyone, what happens to us will be treated as important as if it had happened to a famous person.

Look, I’m not downplaying the situation. Lives, whether the lives are famous or not, are equally valuable.  That’s why it is so upsetting when any life is treated like it is less valuable. It’s why the fact that Roger Rodas’ death was virtually ignored by the entertainment media affects our moral sense on the value of life.