It’s the end of the year. 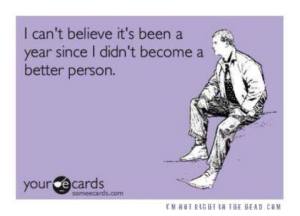 The end of the year means taking the time to assess the important things: Life. Relationships. My credit rating. Blog views.

You know,  the important stuff.

Unfortunately, being the cynic that I am, thinking about life inevitably leads to thoughts like this: 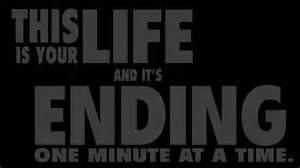 Thanks a lot, Chuck Palahniuk.

And of course as the end of one year approaches, we mark the occasion by making resolutions.

Or as I call them, my annual list of unreasonable goals and broken promises. 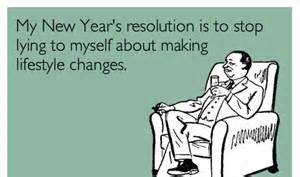 The funny thing about New Year’s resolutions is, even though I absolutely know that I’m never going to stick to my resolution, I can’t not make them. Not making a resolution leaves me feeling like I’ve gone somewhere and left something behind. Like driving to the beach only to realize that I’ve left my towel at home.

You can’t go from one year to the next without making a resolution. That just ain’t American.

Ok. I know that 9 out of 10 resolutions anyone makes at any time of the year are made to be broken. And to reduce my chances of failure, I’m not going to vow to lose weight or to become a better person (whatever that is),  And as a philosopher, I know that consistently making and breaking promises to myself violates Kant’s Categorical Imperative. So, I figure, in order to actually achieve my goals and to maintain any kind of philosophical integrity,  that this and all my future New Year’s resolutions shall be more realistic  – that is, accomplishable.

MAKING NEW YEARS RESOLUTIONS ALWAYS MAKES ME THINK OF SISYPHUS. HE DIDN’T ACCOMPLISH HIS RESOLUTION, EITHER.

I’m gonna limit my list to stuff I can actually do.

So , without further ado, I, The Mindless Philosopher, hereby resolve to:

I DIDN’T KNOW WHAT THIS WORD MEANT UNTIL THIS YEAR, EITHER.

WHO AM I KIDDING, I’M ALWAYS GOING TO BELIEVE I’M RIGHT 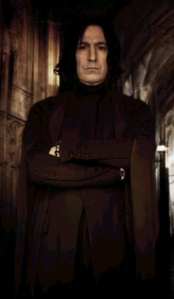 DOES NOT HAVE A PROFILE ON MATCH.COM

And finally, stop being so cynical.

That last one might not happen this year. I am a philosopher, after all.

You know, I don’t know if I will break any (or all) of my resolutions by year’s end. If I’ve learned anything from David Hume, it’s that what happened yesterday can’t tell us what will happen tomorrow, next week, or even five minutes from now.  There are literally millions of reasons to break a New Year’s resolution.

No, really. If there are parallel universes the reasons are infinite.

I can imagine pajama pants sweeping the runways during New York Fashion Week. I could find a whole new reason to hate Aristotle.  Or VH-1 could give Big Ang another spin-off reality TV show…

Or I just might open my door one warm day in April to find Severus Snape delivering my Amazon order for  Farscape the complete series.

Ok. Probably none of that will happen.

But there is one resolution I know I will fulfill this year – and that’s to wish everyone a  Happy New Year.