I’VE BEEN WRITING The Mindless Philosopher blog for some time now. And I’m not ashamed to say that after one book and years of blogging that I have developed a true love of wisdom. I have more philosophy books on my bookshelf than any other genre of literature.

It wasn’t always the case, though.

My first intellectual love wasn’t philosophy. It was politics.

The mere thought of a presidential election cycle gave me the all over tinglies.

However, my love of all things political eventually faded and I found happiness with another, older, love

From the moment I read my first line of Hume, I was hooked. I’ve been through Kant and Russell. Descartes and Kierkegaard. Aristotle and Kripke. I truly believe that there’s no greater intellectual satisfaction than actually understanding Hegel.

I can’t put it any other way than to say

This is why it distresses me so much to hear practitioners of my first love speak with such harshness towards something I hold so dear to my heart.

Needless to say, I took the Senator’s sentiments personally.

I was perplexed. Hurt. I sat and stared at my TV set, baffled by what I had just seen.

Rubio’s inexplicable attack on philosophers was not his first, nor was Senator Rubio’s comment the only anti-philosopher sentiment expressed during the debate. Senator Ted Cruz (R, Texas), asserted that the Federal Reserve is being run by “a series of philosopher kings.” Said Senator Cruz

What the fed is doing now, it is a series of philosopher kings trying to guess what’s happening to the economy.

The candidates might have talked all about budgets and foreign policy, but for me, the overwhelming message I took from the debate was

I could have gotten angry about what I believed was straight-up philosophy bashing. I didn’t though. I didn’t because I think I know what Senator Rubio is trying to get at.

The problem with pursuing a college degree in philosophy, according to the philosophy non-enthusiasts, is that students take out loans to study subjects that seemingly have no prospects for occupations in the “real” world or outside of academia. They leave university swamped with student loan debt that they are unable to pay (because the lack of professional philosopher gigs). This is a burden not only on individuals, but also on the economy. 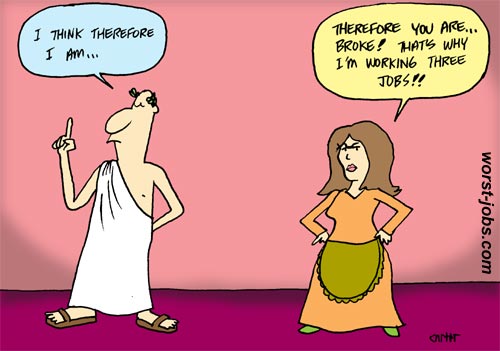 The perception that philosophy is a surefire path to poverty is why there’s been a push among educators to direct students into the STEM (science, technology, engineering, and math) fields, with the intention of producing students who will be competitive in the international job market and secure the nation’s economic prosperity.

THIS IS WHY YOUR TEACHERS WANT YOU TO LEARN GEOMETRY

The belief that philosophy is not a economically viable career is why politicians want to see students to learn how to do this: 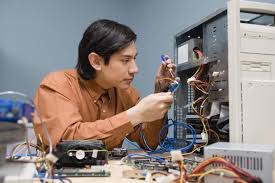 Instead of doing this: 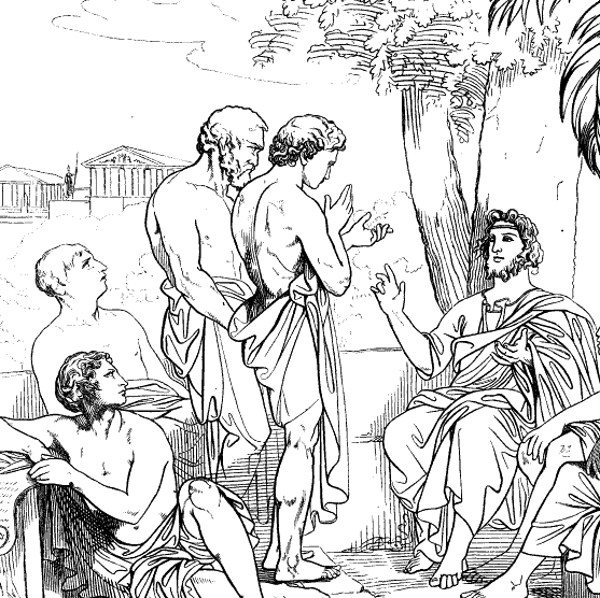 Ok, you know how I said that Senator Rubio’s sentiments weren’t complete bullshit?

Well, of course, saying something isn’t complete bullshit suggests the possibility that something may be just a little bit bullshit.

And in this case, that happens to be true.

There’s a noticeable bit of bullshit to what Senator Marco Rubio said.

THERE CERTAINLY WAS SOME BULLSHIT. AND NOT JUST RUBIO’S BAD GRAMMAR

You see, there’s something that Senator Marco Rubio is forgetting, namely, the fact that philosophy is the mother of many disciplines. The first politicians were philosophers. You’d be one hell of an idiot to dismiss how PHILOSOPHERS like Plato, Aristotle, Mill, Locke, Hobbes, Edmund Burke, Adam Smith, Bentham, Rousseau, Marx, Ayn Rand, John Rawls (and many other philosophers) have shaped and influenced political institutions and political discourse.

Senator Rubio can’t neglect the fact that American statesmen – and philosophers – Thomas Jefferson, James Madison, and Thomas Paine did better for the country by pursuing philosophical contemplation rather than taking up a career in welding.

Philosophy, as Jefferson was well aware, stresses critical thinking – an essential element for a lasting democracy.

“wherever the people are well-informed they can be trusted with their own government.”

It’s not unreasonable to assume that a well-informed people, in Jefferson’s view, are also a contemplative people. People who use their faculties to reason when casting their votes.

And let’s not forget that Leo Strauss, the father of Neo-Conservatism, a political view Senator Rubio is quite familiar with, was a philosophy professor at University of Chicago. 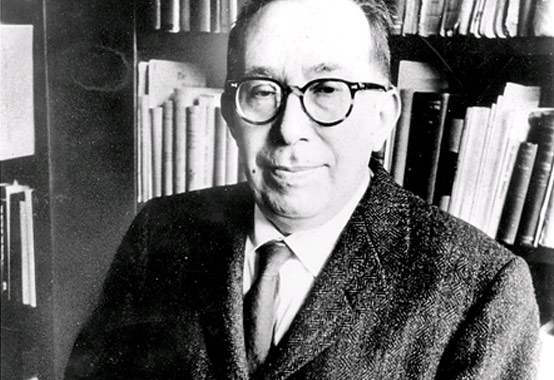 ON SECOND THOUGHT, MAYBE STRAUSS SHOULD HAVE TAKEN UP WELDING

Seriously, even economists started out as philosophers.

Philosophy’s mark can be found in many fields including medicine, psychology, mathematics, even physics.

Seriously, the real reason why Senator Rubio’s comments are more than a tad bit on the bullshit side, is because what he said just isn’t true.

Philosophy, despite beliefs to the contrary, can be a economically viable career.

And not just for those in academia.

Check out this graph:

And this pie chart:

Professional philosophers earn on average, $71,000/yr. versus the average $40,000 yearly salary earned by professional welders. The average salary over time for a worker with bachelor’s degree in philosophy is nearly $100,000 per year.

And it’s not like philosophers just sit under a tree, being broke all day, contemplating their big toe. Philosophers aren’t limited to just being philosophers. There are many successful folks with philosophy degrees in fields outside of philosophy.

Paypal co-founder Peter Thiel has a degree in philosophy. 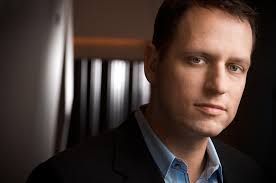 As does LinkedIn co-founder Reid Hoffman. 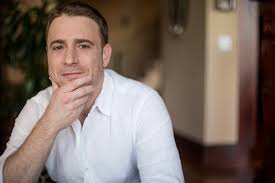 So does billionaire George Soros. 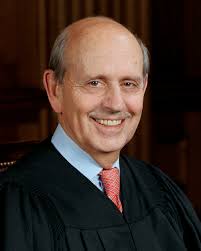 And you can’t get any more successful than that.

*For a more comprehensive list of successful philosophy majors see:

Yes, the world needs welders. A lot of them. Vocational work is not only necessary but also valuable work. But so is philosophy. Philosophy is essential to the kind of life we should want to live. 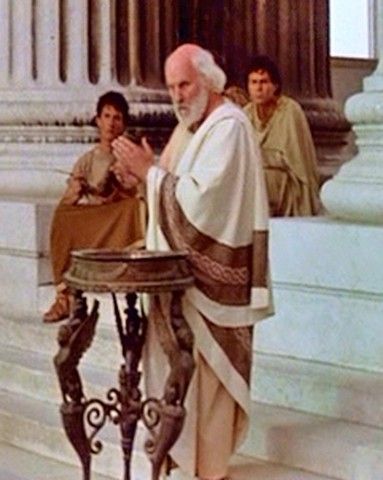 BE HONEST. THIS IS THE KIND OF LIFE YOU WANT TO LIVE, ISN’T IT?

Society needs people who will question, analyze; argue. Philosophy teaches critical thinking and intellectual clarity. Philosophy empowers us to understand not just the foundations of our political institutions, but also to examine our moral choices and the moral implications of what we do (by the way, ethics is a branch of philosophy). Philosophers ponder life’s big questions.

Even theology can’t escape the influence of philosophy. Many theologians, past and present, were and are also philosophers. 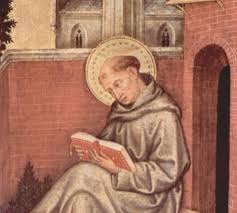 WE’RE PRETTY SURE THAT THE REASON WHY SUMMA THEOLOGICA WAS NEVER FINISHED HAD SOMETHING TO DO WITH ST. THOMAS AQUINAS’ OBSESSION WITH WELDING

Really, in the end, folks, there’s no rule that says that a person can’t be a welder and a philosopher.

Some folks might think that the economy-er… world would be better off with less philosophers, but I say that’s just a load of poppycock. Being a philosopher doesn’t mean that one looks down from their academic ivory tower, scoffing at all the not-deep thinking people who work with their hands and take their showers after they come home from work. Nor does being a welder mean that a person can’t enjoy reading Plato and contemplating the meaning of life. I may be going out on a limb here, but I’ll say, with more than a little bit of certainty, that there at least a few welders out there who would join me when I proclaim that I – I mean, WE FUCKING LOVE PHILOSOPHY.