Since March has been designated the month to celebrate the contributions and accomplishments of the Second Sex throughout history, it seemed an appropriate time to write a blog post about women in philosophy.

As this blog has made abundantly clear, I do philosophy. I did my time at university, studying philosophical texts and bullshitting my way through tests and term papers, that somehow I managed to earn a philosophy degree. I think I’ve read enough of the great – excuse me – GREAT (italics added for emphasis) philosophers to say that I have a working knowledge of the who’s who of philosophy.

If you challenged me to name five great (I mean GREAT) philosophers and I can rattle off a quick dozen names – Socrates, Plato, Aristotle, Locke, Hume, Kant, Spinoza, Kierkegaard, Nietzsche, Leibnitz, Schopenhauer, Hegel…

You get the idea.

You may also notice that all of those philosophers are men.

Having a working knowledge of a who’s who of philosophy, you’d think it’d be easy to do the same with women philosophers, but for as much philosophy I’ve read, I’ll be damned if I can name more than five women philosophers without really thinking about the names of numbers four and five.

There. I can name six.

And as I’ve said before, I’ve been writing philosophical blog for a few years now, and as easily as I might be able to rattle off the names of five women… err… six women philosophers off of my head, I know I can’t name ten.

Thank God for Google, I guess. 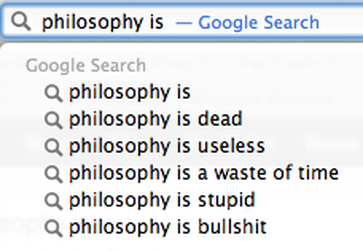 I have to admit my philosophical education didn’t prepare me for conjuring the names of more than six women philosophers.

Of all of the philosophy classes I actually had, only one class dedicated to women in philosophy.

Now that I’m thinking about it, that was the only class where I read any women philosophers.

Of course, in that ONE class we read de Beauvoir – and of course the class was about gender.

When I was taking philosophy classes I didn’t really think about it.

There was plenty else to think about: how long I could put off graduating… what’s the fewest number of classes I could attend without negatively affecting my grade… do I really have to read and study the assigned material or can I just bullshit my way through exams…?

There’s gotta be more than five.

I mean, Women think, don’t they? 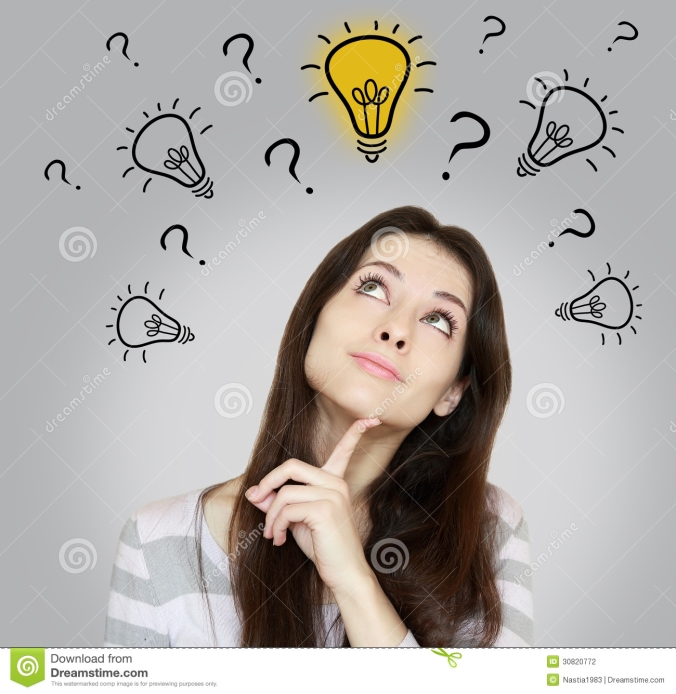 APPARENTLY THIS SITUATION ONLY HAPPENS IN FICTION

I’d ask about women logicians even though I hate logic.

Now, I know that bringing up a lack of women philosophers probably sounds like I’m going all triggered SJWs complaining about… whatever, but having done the college philosophy thing, I actually did walk away with the impression that the only philosophy that’s done is done by a bunch of dead old guys. 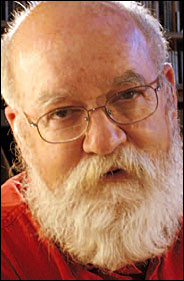 NOT THE GUY FROM THE OTHER PICTURE

Well, at the risk of sounding triggered, I gotta ask, Is there a legit reason why there aren’t women in philosophy?

Is there a reason why philosophy students aren’t taught the works of women philosophers?

Does philosophy have a problem with women?

You don’t have to dig too deeply into the annals of Philosophy to figure out that philosophers have written about women for centuries. 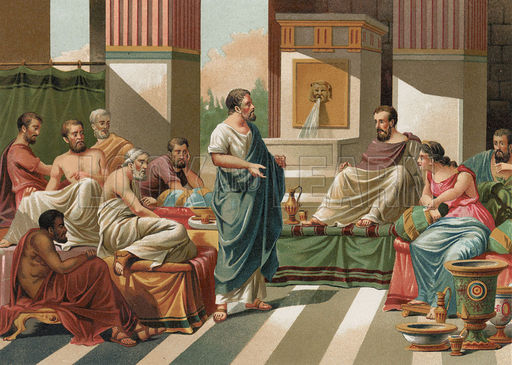 I’m sure that the reason why – that even now – there’s a lack of prominent women in philosophy has to do with the legacy of sexism and misogyny. We don’t push girls into the thinking fields: math, science, philosophy because women aren’t capable of thinking philosophically.

Because, apparently, sporting a vagina  (or wandering uterus) disqualifies one from being capable of sustaining a rational thought.

For Aristotle, being a woman was a “deformity”.

Aristotle also said that women are more (than men):

But hey, Aristotle said that women have fewer teeth than men.

I assume that it’s a good thing. 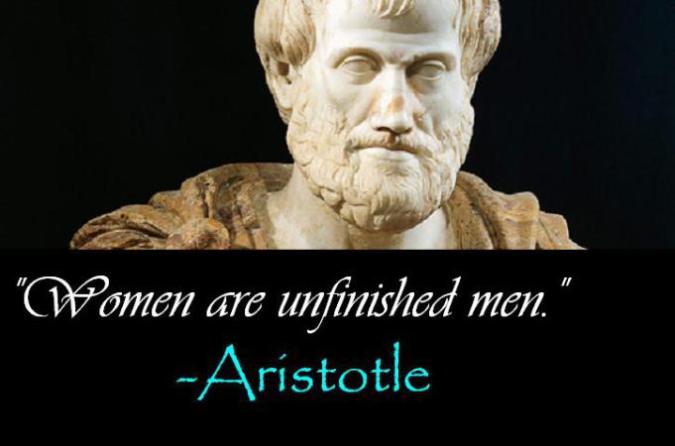 THIS FROM THE SAME GUY WHO THOUGHT SPERM HAS TINY PEOPLE IN IT. HE DID. BELIEVE THAT. LOOK IT UP

That’s because the natural place for a woman is in the home. 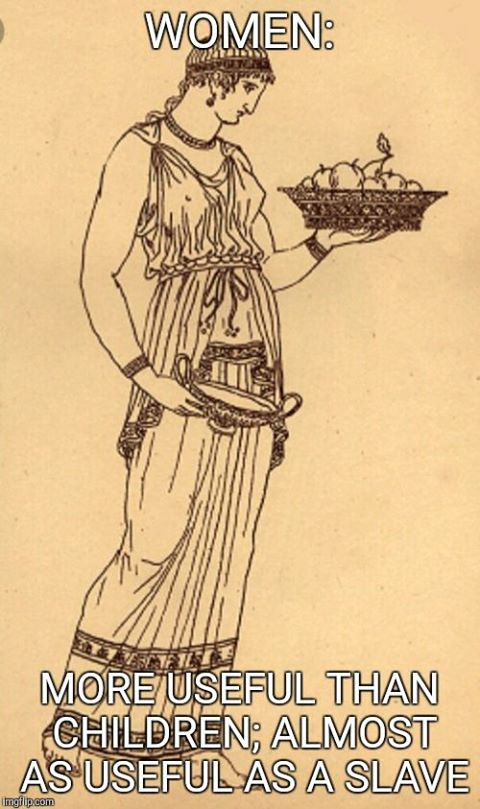 Heck, why go all the way back to the ancient Greek philosophers?

minds are not adapted to the higher sciences, philosophy, or certain of the arts.

One need only look at a woman’s shape to discover that she is not intended for either too much mental or too much physical work.

I truly think that the only person that got more philosophers shit talkin’ about them than women is Hegel. 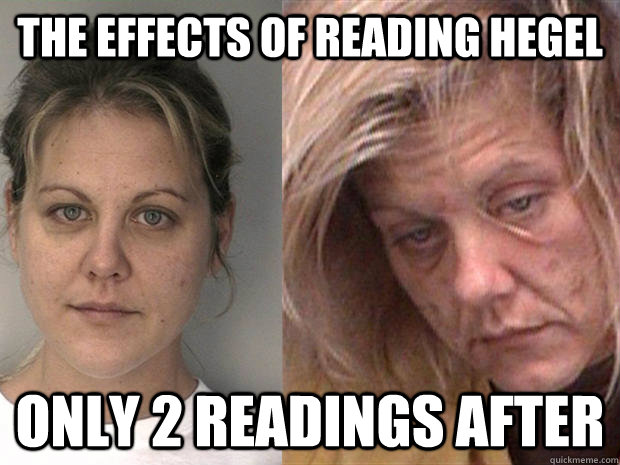 But really, you don’t need to read the Simone de Beauvoir catalog to know that women have always had a role in philosophy.

Let’s take a moment to think about Hypatia of Alexandria, the fourth century astronomer and philosopher who not only headed the Neoplatonic school in Alexandria, but was put to death by a Christian mob. 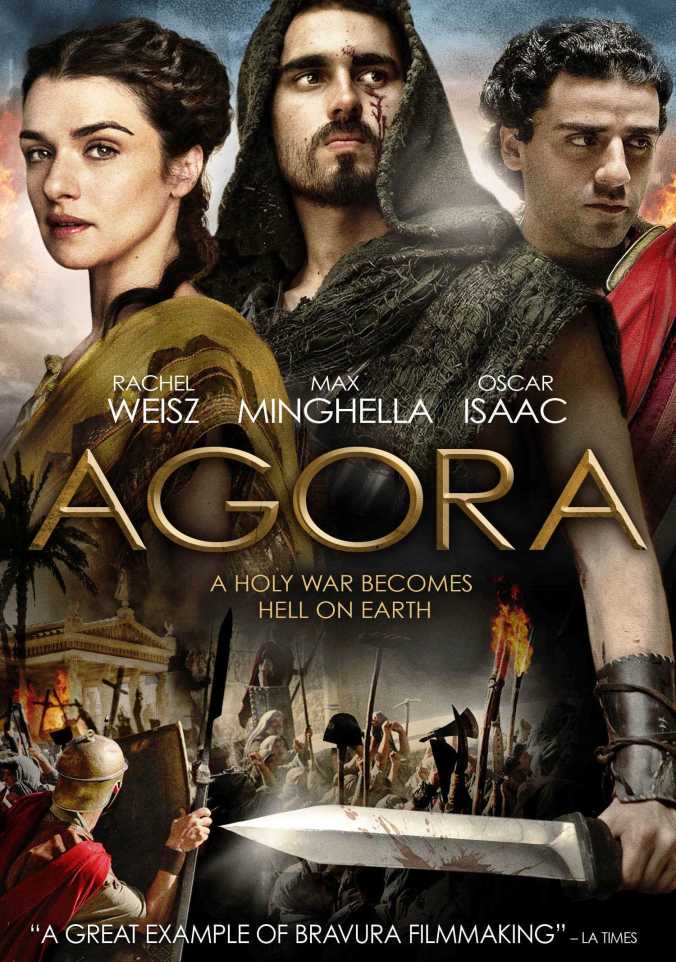 YOU COULD SPEND A FEW MINUTES READING THE STANFORD ENCYCLOPEDIA OF PHILOSOPHY ARTICLE ON HYPATIA OF OF ALEXANDRIA, BUT WHY DO THAT WHEN YOU CAN AVOID READING COMPLETELY AND WATCH THE MOVIE “AGORA”, STARRING RACHEL WEISZ AS HYPATIA?

Did Schopenhauer do that?

I can tell you the answer is no.

Women not only have contributed to philosophical thought, but often add a different perspective to philosophy.

Women philosophers have been at the forefront on subjects such as race, gender, sexuality, disability, and the intersectionality of those subjects with (and in) philosophy. Women, inside and outside of philosophy, have proven that the second sex are more than capable of rational thought.

Let’s take a couple more moments to think about a few more women and ideas in philosophy:

I mean, come on, where would the world be without Rand’s objectivism?

Probably in a better place, actually.

WHEN THE SIMPSONS MAKE FUN OF YOU…..

Now that I’m thinking about it, maybe women shouldn’t do philosophy. 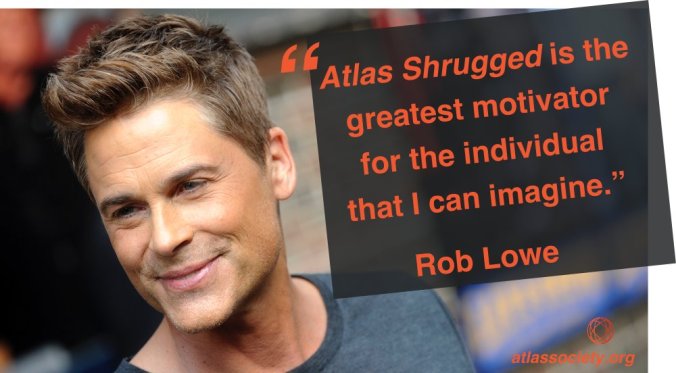 Given the current state of rational thought: dealing in alternative facts and a society where politicians call for “less philosophers”, we should encourage anyone who is willing to THINK. We should welcome them and give them the same intellectual respect as the ancient Greeks, Hume, Kant, or even, God forbid, Georg Hegel.

…even if their uterus is wandering.