SOMETIMES IT’S DIFFICULT to participate in a fandom.

Unless the movie is Star Wars.

NOT EVERY POPULAR FRANCHISE CAN CLAIM TO HAVE FANS THIS DEDICATED

Normal people can watch an episode of their favorite series, turn off the TV and be done with it. There’s always something else to occupy their time.

The sign of a true fandom fanatic is all about the cosplay.

“The practice of dressing up as a character from a movie, book, or video game, especially one from the Japanese genres of manga and anime.

THE MOST AWESOME COSPLAY EVER

There are plenty of TV fandoms that inspire the fans to dress up as their favorite characters, but nothing quite captures the dedication to a single character than fans of AMC’s The Walking Dead.

In particular, fans of this character

Now, I’ve written about The Walking Dead in ( many) other blog posts. Thinking about the show and writing about its characters has, for me, become a philosophical past time.

I’ve written about former Sheriff’s deputy Rick Grimes and his lack of moral consistency. I’ve also compared the world of The Walking Dead to Thomas Hobbes’ Leviathan. I’ve written a thing or two about utilitarian ethics in a world populated by the undead…

I’ve written more than a couple posts about Daryl Dixon.

Mostly about Daryl and his life’s purpose – meaning of life stuff.

On a TV show where it’s easy to be distracted by the hodge-podge of the ethics and questionable ethical decision making that is Rick Grimes, it’s easy to overlook other characters worthy of equal moral scrutiny.

I haven’t really focused on Daryl Dixon from a moral point of view.

At least I don’t remember if I have.

And unlike Rick Grimes, who is, I believe, a stellar example of moral inconsistency, Daryl Dixon may be the only morally consistent character on The Walking Dead.

Or should I say that Rick Grimes is morally fluid? 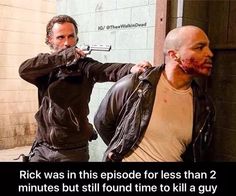 Daryl considers his fellow survivors family and does what he can, including risking his own life (he’s been shot, pieced through with an arrow, grazed by a bullet, imprisoned, abused, nearly devoured by zombies on several occasions, made to fight his own brother in a contest to the death, almost beaten to death, nearly cannibalized, robbed of his motorcycle) all in service to his group.

Daryl Dixon’s principles are clear: hurt a member of his family, you deserve to be hurt in return. If someone injures or threatens members of Daryl’s group (the Governor, Negan, Officer Dawn Lerner, etc. ) look forward to a royal asskickin‘ courtesy of Mr. Dixon.

DARYL DIDN’T SEEM TOO ENTHUSIASTIC ABOUT THE WHOLE JESUS THING

Namely, Daryl Dixon’s ethics are so difficult to pinpoint because Dixon’s ethics do not conform 100% to any deontological, utilitarian or divinely-inspired ideologies.

…but he is consistent. 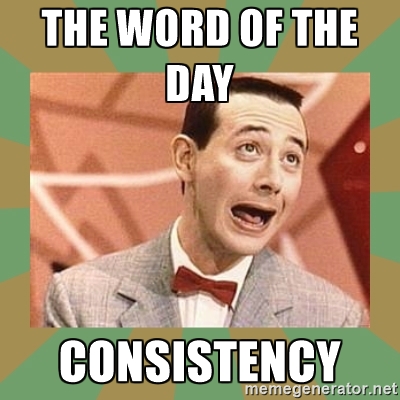 Perhaps it’s Daryl Dixon’s complete originality – that he isn’t tied to the source material – allows him (unlike the characters that originated in The Walking Dead graphic novel) to be morally consistent.

We can imagine that Daryl feels it is his moral obligation to defend his family.

A moral obligation grounded on loyalty.

Daryl puts down Dale after Dale is attacked by a walker – because he is loyal to Dale.

Daryl’s loyalty to his brother Merle leads him to leave Rick’s group.

Even though Merle Dixon is a short-fused racist who, as Merle later reveals, intended to rob his fellow survivors.

AND… Daryl’s loyalty to Rick Grimes and his fellow survivors leads him right back.

When Officer Dawn Lerner kills Beth Daryl does not hesitate to dish out some retributive justice – out of loyalty to Beth and her father, Hershel Greene. 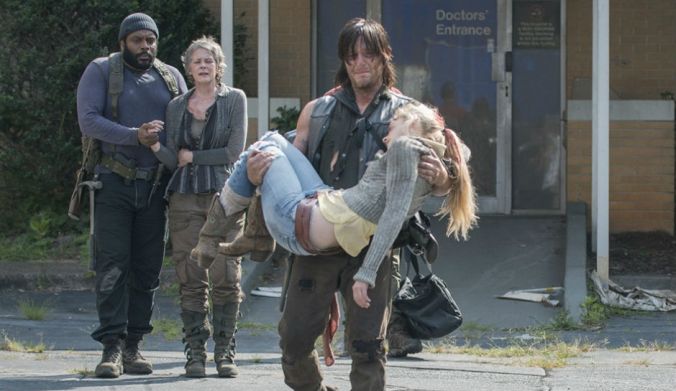 WHEN DARYL CRIES, WE CRY

When Claimer Joe threatens to kill Rick, Michonne and Carl, Daryl offers his life in their place.

Because he is loyal to Rick.

You get the idea…

Unfortunately, Daryl’s actions gets another member of Daryl’s group killed.

That’s because Daryl’s loyalty as a groundwork of ethics didn’t calculate the possibility of another death.

Which is more than I can say for this guy 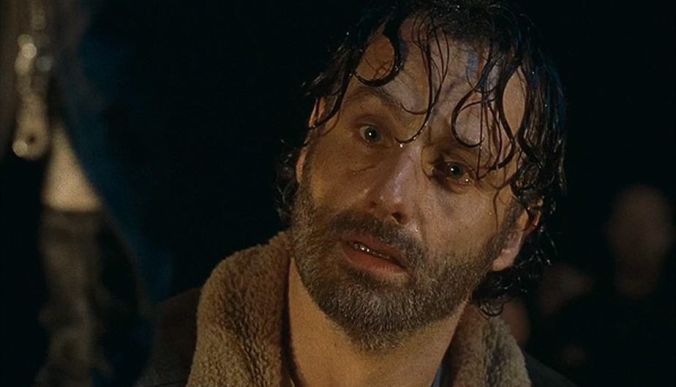 But wait, you say. There is no such thing as an ethics of loyalty!

Loyalty as the basis of ethics is the ethical theory founded by American philosopher Josiah Royce (1855-1916), who advocated the virtue of loyalty.

Royce wrote that when a person joins a community committed to a shared cause, the cause develops moral significance. Royce calls the morally significant commitment “loyalty”. We can understand an individual’s morality by looking at the plurality of their loyalties.

So, if we take a look at Daryl Dixon’s loyalties, we will see that his morals are based in his obligation to protect his group; his family. Daryl is committed, like the other members of his community, to the survival of the group – perhaps survival at all costs.

Of course, I have way oversimplified Royce’s theory.

In the end, when we look at the characters of The Walking Dead, it’s quite easy to find what’s morally wrong with the characters. They indeed are a mess of moral inconsistencies, ambiguities, contradictions, and cherry picking. Watching the show, it’s easy to throw up one’s hands and declare the characters all bad.

Trust me, I’ve done that before.

We’re given former sheriff’s deputy Rick Grimes as the character who is morally most like us; he’s an ordinary guy thrust into an extraordinary situation; he strives to do good in a world where words like good and evil no longer apply.

It’s easy to dismiss Daryl Dixon as a character merely there for the fangirls and boys. Daryl is the not-at-all-realistic backwoods hillbilly who does nothing more for the show than to glare at people, shoot his crossbow, and leave the audience to ponder when is the last time he showered and what ungodly stank emanates from his nether region.

I FIGURE THAT STENCH IS SOMEWHERE BETWEEN SWASS, DEAD SKUNK…AND AXE BODY SPRAY

But if we’re thinking of the characters of The Walking Dead morally, stanky, backwater Daryl Dixon may be the most moral character on the show.

At least so far as moral consistency goes.

…or according to fangirls.