THE PHILOSOPHER Albert Camus famously said there is one philosophical question.

According to Camus, the one philosophical question is whether one should commit suicide.
I don’t know what Camus did to occupy his spare time, but I doubt that many philosophers think of things so drastically. 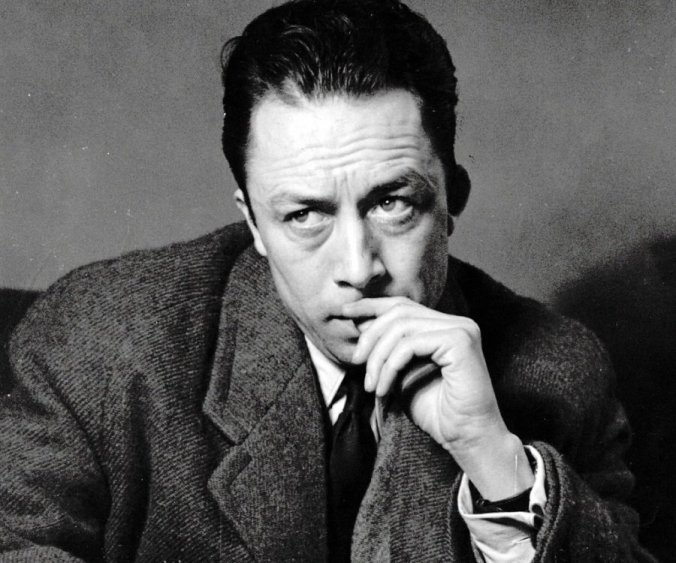 Certainly, there has to be one question that isn’t… that question. 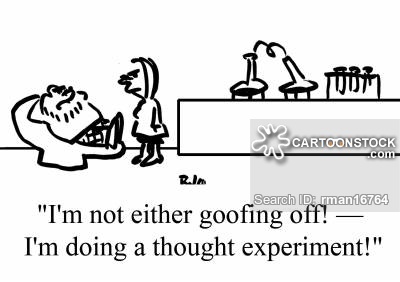 So, what is a thought experiment?

“Thought experiments are devices of the imagination used to investigate the nature of things. They are used for diverse reasons in a variety of areas, including economics, history, mathematics, philosophy, and the sciences, especially physics (SEP)

In Camus’ world, the ultimate philosophical question may be whether to commit suicide, but in the realm of thought experiments, there is only one philosophical problem: the trolley problem.

Credited to the British philosopher, Philippa Foot (1920 – 2010), the trolley problem is an ethical thought experiment. 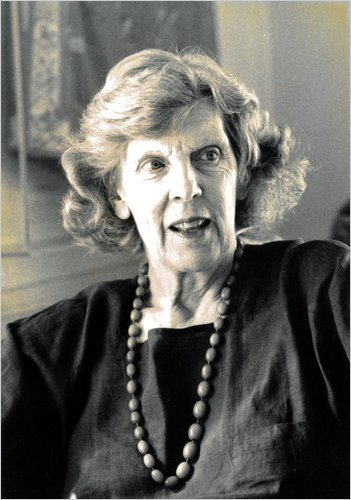 The “experiment” goes as follows:

“The general aim is this: There is a runaway trolley barreling down the railway tracks. Ahead, on the tracks, there are five people tied up and unable to move. The trolley is headed straight for them. You are standing some distance off in the train yard, next to a lever. If you pull this lever, the trolley will switch to a different set of tracks. However, you notice that there is one person on the side track. You have two options: 1) Do nothing, and the trolley kills the five people on the main track. 2) Pull the lever, diverting the trolley onto the side track where it will kill one person

Which one is the ethical choice?

At least this is the experiment according to Wikipedia.

The intention of the experiment is to test how and why we make ethical choices and how our method of choice can present us with additional moral dilemmas.

Although I suspect that a Randian ethical egoist would never consider the trolley problem moral dilemma inducing.

Unless you’ve been living under the only rock on the internet, even if you don’t know diddly poop about philosophy, you’ve undoubtedly seen the trolley problem.

It’s quite popular.
There are entire websites, Facebook pages, and memes devoted to the trolley problem.

THIS IS A REAL BOOK, BY A REAL PHILOSOPHER, ABOUT THE TROLLEY PROBLEM.

Now, if you do live under a rock and you don’t do memes and you’re still convinced that you’ve never seen the trolley problem before, I’ll inform you that trolley problems are everywhere. You may have talked about or mulled over a trolley problem-like scenario without knowing it.

The list of trolley problem-like scenarios includes (but is certainly not limited to):

The Lifeboat
The Drowning Man (for some inexplicable reason, the drowning man is almost always Hitler)
The Fat Man
The Organ Transplant/Donor

I CAN’T RECOMMEND WATCHING “SOPHIE’S CHOICE” ENOUGH, BUT WATCH THE MOVIE ONLY IF YOU HAVE SOMEONE AROUND TO CHEER YOU UP AFTERWARD.

If you’re a Star Trek fan you’ve undoubtedly seen shades of the trolley problem in Starfleet’s Kobayashi Maru test.
One famous variation of the classic trolley problem presents us with the choice sending the trolley down one track, where (at least) five people, presumably strangers, will be killed by the train or to divert the oncoming trolley down another track, where our own child has chosen (God knows why) to hang out.

Waiting for trolleys, I guess.

SERIOUSLY, WHY IS THAT KID EVEN ON THE TRACKS?????

The situation forces us to make the choice between quantity (saving five people) and quality (valuing the life of our child over the lives of others). Is our child worth more than five lives?

What if our child is Hitler?

No matter the situational variation, there is one question at the heart of the trolley problem’s moral dilemma: given two shitty choices, which one would you choose?

The trolley problem requires us to decide who lives and who dies (that’s the ethics part).

AAANNNDD since the trolley problem is a test of utilitarian ethics, our decision to pull the lever (or to not pull the lever) usually has something to do with the principle of utility – that is to say, who is the most valuable?

Or rather, who is the most expendable?

Wait – do I gotta write something about utility, now?

In short, according to the Principle of Utility, an action is right if the action produces happiness (for the greatest number of people) and an action is wrong if it causes people pain or unhappiness.

I WONDER IF BENTHAM WOULD SAY IF THE CONSEQUENCE OF HAVING HIS CORPSE ON DISPLAY BRINGS  HAPPINESS… OR UNHAPPINES?

Ok… so you might be saying at this point that the trolley problem seems a little bit boring and dumb. How could this “problem” be THE philosophical problem. How is it that philosophers have devote so much time (decades, man. DECADES) to coming up with variations on such an uninteresting and easily answerable supposed moral dilemma.
And honestly, if you said that you wouldn’t be entirely wrong.

It’s because the trolley problem, at its heart, is pretty f’ed up.
Contemplating the various scenarios, deciding who and how many people we place on the tracks, drowning in the lake, or in the lifeboat, allows even the meekest moral philosopher to go full-on Jigsaw, placing (hypothetical) people in increasingly elaborate and horrific ethical games where most of them will end up dead.

The trolley problem allows us to evaluate the way we make decisions that will affect other people. By deciding who lives and who dies in a thought experiment, we can speculate on the long-range consequences of our actions. We must weigh the consequences of ho we choose to save very carefully. Making the same choice of who to save under different circumstances may yield different consequences. Choosing to save the child might save the child who eventually grows up to cure cancer.

…or we might have saved the child who invented World War II.

In the real world, our choices may not be so extreme, but we do make choices that may bring happiness to many and unhappiness to one, or may save one at the expense of many others.
Whether it’s Congress deciding which social program to fund or Shane deciding to shoot Otis in the knee to save Carl

You didn’t think I wouldn’t sneak a The Walking Dead reference in here, did you? 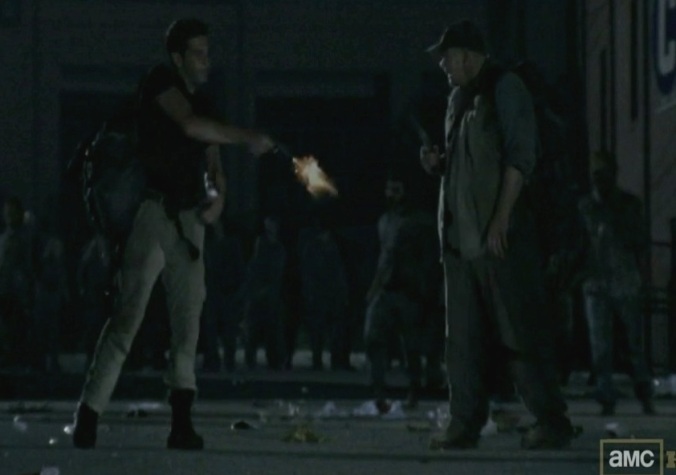 SERIOUSLY, DID OTIS THINK IT WASN’T GOING TO END UP LIKE THIS?

We all, in some way, at some time, decide to pull the lever.