OF THE MANY subjects that I like to talk about but rarely write about, at the top of my list is a little subject called “current events”.

Although I enjoy thumbing through a treatise of classical political philosophy or even engaging in the occasional mostly political debate, the act of actually writing about something political kinda makes me cringe.

Mostly because a trip through any comment section about politics is cringe inducing.

The internet has made political debate an often cringeworthy endeavor, but the cringe + politics combo isn’t new.

Cringy political talk (often in the form of shit talking and/or trolling) is as old as people with differing opinions saying their opinions out loud.

I was duped … by the Secretary of the treasury, and made a fool for forwarding his schemes, not then sufficiently understood by me; and of all the errors of my political life, this has occasioned the deepest regret.

That’s pretty much the equivalent of Jefferson calling Hamilton a fucktard.* 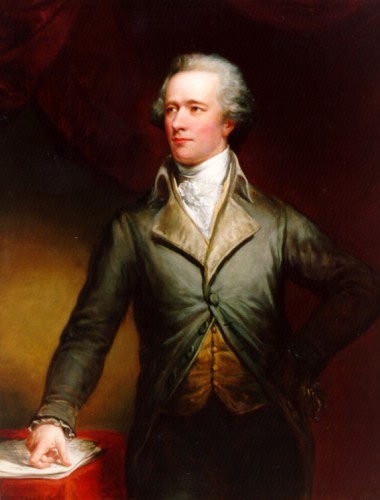 …some of us have been called that word on Facebook.

The entire dialogue between Socrates and Thrasymachus in Book I of Plato’s Republic is one of the cringiest political debates in philosophy.

Especially the part when Thrasymachus asks Socrates if he had a wet nurse.

That’s what we call owning the libs.

But, that’s the funny thing about politics. Politics can’t not exist.

I had a political science professor who used to tell his classes, “you can leave politics alone, but politics won’t leave you alone.” What he meant is, even if we personally don’t vote, participate in or keep informed about political affairs, politicians still make laws that effect us.

Try as we might to not get involved, politics is unavoidable.

And no, unfollowing our tinfoil hat-wearing, conspiracy nutjob uncle on Facebook won’t help.

Even if politics is unavoidable, exactly why should we get involved?

Well… the answer to that question, my friends, has something to do with a certain 4th century Greek philosopher.

…And they didn’t call him “The Philosopher” for nothing.

Aristotle says, people, it seems, are designed for politics.

In Book I of Politics Aristotle wrote:

That man is much more a political animal than any kind of bee or any herd animal is clear. For, as we assert, nature does nothing in vain, and man alone among the animals has speech….speech serves to reveal the advantageous and the harmful and hence also the just and unjust. For it is peculiar to man as compared to the other animals that he alone has a perception of good and bad and just and unjust and other things of this sort; and partnership in these things is what makes a household and a city.

Wait a minute. I forgot to do something.

The activities, actions, and policies that are used to gain and hold power in a government or to influence a government. (Merriam-Webster)

There. Alright. Back to what I was talking about.

If I was actually talking about anything.

According to Aristotle, the role of politics in the city (or, polis — the Greek word from which the word “politics” is derived) is for the proper training of citizens. Proper training, Aristotle says, is to raise virtuous people.

p.s. you might want to check out the prequel to Politics, Nicomachean Ethics. Aristotle explains virtue and what it means to be (philosophically) virtuous…and some other stuff.

You see, according to Aristotle, man, like other animals, gather in groups (or herds). However, unlike other animals, man (and he does mean MAN) possesses the capacity for rational thought. Man, by way of his intellect, is able to discern good from bad, just from unjust. This ability enables man to form social units (families) and the social bonds (of families) required to establish cities.

Because the goal of politics, Aristotle says, is the HIGHEST GOOD (i.e. virtue) of the state, citizens must take an active part in city affairs.

That is to say, according to Aristotle, political participation is mandatory — if we want to be Good (virtuous) people.

And you should want to be a virtuous person.

I’ve used a word without defining it. Virtue, as defined by Aristotle, is:

a disposition to behave in the right manner and as a mean between extremes of deficiency and excess, which are vices. We learn moral virtue primarily through habit and practice rather than through reasoning and instruction.

Aristotle argues a virtuous citizenry is essential to a successful state.

And only through political participation can we become virtuous.

(Because virtue isn’t merely a state of being, it’s a way of life)

You may not like politics, but you can’t achieve eudaimonia without it.

So…… I guess what I’m saying is, even though the internet has amplified the shitstorm that is politics, we have a philosophical obligation to engage in the political, no matter how soul-destroying we feel it may be.

The strange not-quite irony about politics is that politics isn’t destructive to our souls at all. In fact, we become better people — the city becomes a better city — a VIRTUOUS city when we get involved.

And who can resist that eudaimonia, right?

By the way, you may have noticed that nowhere in this blog post have I mentioned anything about affirming the antecedent. I wasn’t going to….I just thought it would make a clever title.

* I’m pretty sure Jefferson wasn’t the only Founder who felt that way about Hamilton. I’d bet cash that the first time someone said the word “fucktard” was referring to Alexander Hamilton. 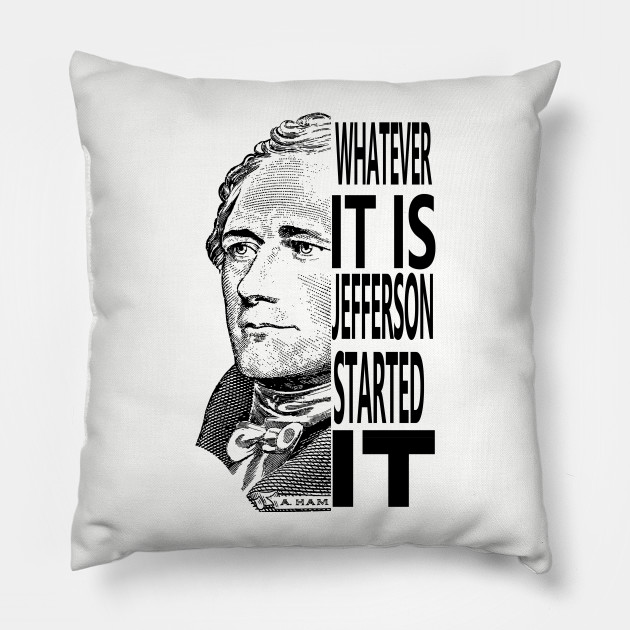