I THINK I’M NEGLECTING my philosophical duty to be a gadfly.

I mean, I think I should be saying something about some stuff. Denying the local gods… corrupting the youth — that sort of stuff — philosopher things. I mean, what’s not to talk about?

There’s a lot of political stuff going on out there.

It’s not that I want to avoid saying anything, it’s just that I…don’t.

I know that’s not very a Socratic thing of me to do. Socrates was a speak your mind kind of guy. At least I think he was. Of course, all I know about Socrates is from Bill and Ted’s Excellent Adventure.

Socrates spoke his mind. He challenged the MAN out there in ancient Athens. So much so the city of Athens put Socrates to death. They made him drink hemlock. Socrates’ followers begged him to not drink it, but he did it anyway. That’s because Socrates believed in what he believed in and accepted his death sentence like a real philosopher should.

He wasn’t a punk about it. 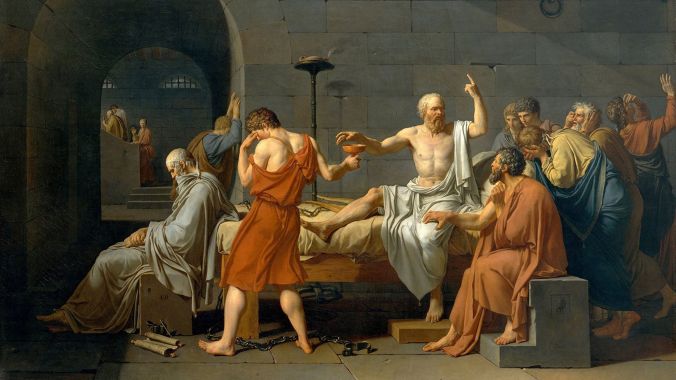 SOCRATES AND THE ORIGINAL TOXIC FANDOM

These days, drinking hemlock is easy. You could get your own reality tv show about that.

The fear these days is being doxxed.

Well, until that Equifax data breach. You can bet your personal info is out there now.

The thing is, it’s not that I don’t want to say anything. I do. I’ve got plenty to say about EVERYTHING.

I am philosopher, after all.

I have a political science degree (the second most useless degree). That almost guarantees that I’ve got more than a few things to say about politics. Jf you think about it, how can anyone look at the state of international events and the Trump Administration and not have something to say?

YOU SAY YOU HAVE THE BEST WORDS, MR. PRESIDENT? CHALLENGE ACCEPTED

All this shit going on around the world is enough to bring out the inner Socrates in anybody.

And yet, I am silent.

I could have a TEDx talk. I could be the cool kids’ philosopher. I could reach the same level of the pop culture popularity as Slavoj Žižek..if I said something.

But I’m not out there delivering my life-affirming, yet philosophically enlightening talk on the TEDx stage. I’m not Ben Shapiro, the cool kids’ philosopher. I finally have to admit that, at this point, I’m never gonna be as zeitgeisty as Žižek. 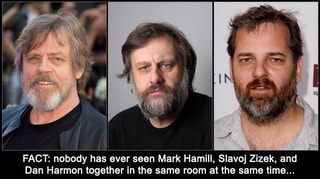 The philosopher’s place in society is to ask questions and to challenge the fundamental assumptions upon which we derive our “knowledge” of things, but I’m having none of that.

Alright. I might have overshared a bit, but my POINT is that I feel like I should be saying something about what’s going on.

WHY? Well, the why I feel like I feel I’m neglecting my philosophical duty to say something about current events is because everybody else is saying something, but philosophers have been (strangely and inexplicably) silent.

I don’t want to hate, but when we get to the point when reality tv show people are asked for their opinions on the Trump tax cut — on the news — I think it’s time to have at least one philosopher spend a few minutes chatting it up with Chuck Todd. About anything.

What does Saul Kripke think about this season of The Bachelorette?

I dunno. But, it makes as much sense asking Kripke about The Bachelorette as it does asking any other rando about politics

You see, philosophers were the first political scientists. Not many people know this, but philosophers INVENTED politics. Have you read The Republic? Second Treatise of Government? A Theory of Justice? Alright, nobody has. But they were all written by philosophers! 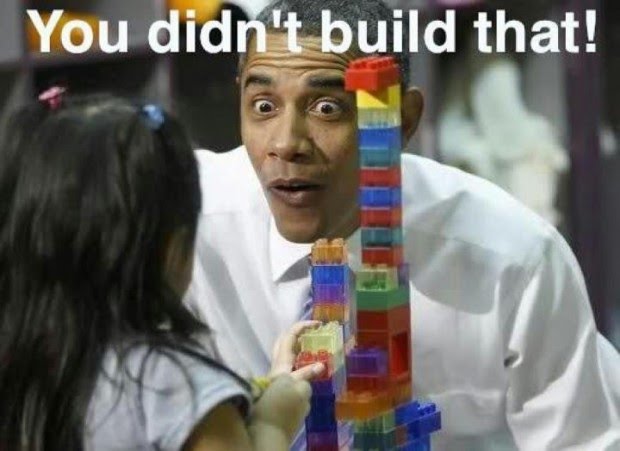 PHOTO OF SOCRATES EXPLAINING TO INTERLOCUTOR WHO INVENTED POLITICAL PHILOSOPHY (circa 380 BCE, colorized)

Philosophers were the first people to write about the law. Do you like Law and Order? Do you watch Judge Judy?

Thank a philosopher for that.

You like The Matrix? Are you a Trekkie? Ever wondered where John Locke got his name from on the tv show Lost? Enjoying The Good Place? Have you ever considered the moral implications of not killing Marty at the end of The Cabin In the Woods? 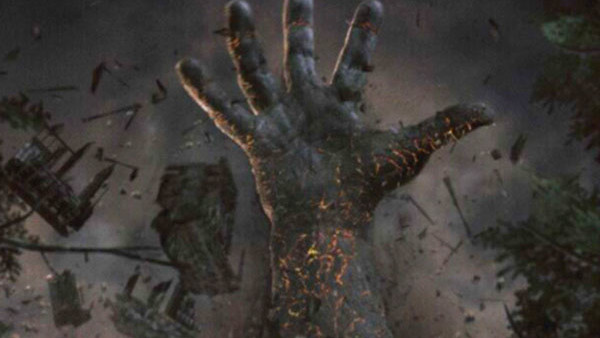 ACTUALLY, WE KNOW WHAT HAPPENED WHEN MARTY DIDN’T DIE

THAT’S ALL BECAUSE OF PHILOSOPHERS.

I know what you’re saying… How can I claim that there are no philosophers out there saying anything about anything? “The cool kids’ philosopher” (aka, Ben Shapiro) is out there destroying folks with FACTS and LOGIC. So is Jordan Peterson. Heck, Slavoj Žižek is all over the place enough to generate a dank meme stash. 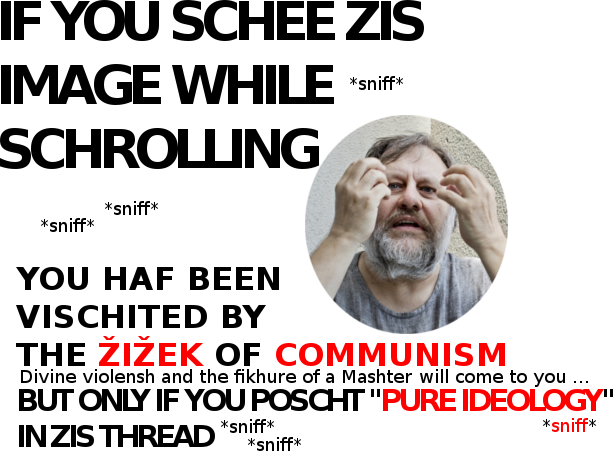 Cornel West is on The Matrix DVD commentary, for goodness sake!

After all, didn’t Hawking say that philosophy is dead?

It’s not like philosophy is as popular as Lizzo and NOBODY is demanding philosophers  join the MCU.

DEFEATING THANOS WITH THE POWER OF INDIFFERENCE

OK. Reality check time. I know that even the most popular contemporary philosopher (yes, even best-selling author Jordan Peterson)  isn’t as popular as the least well-known Jonas Brother. I know that philosophers, especially philosophers in academia, ain’t EVER going to be popular ’round here.

Not as long as philosophers don’t look like this: 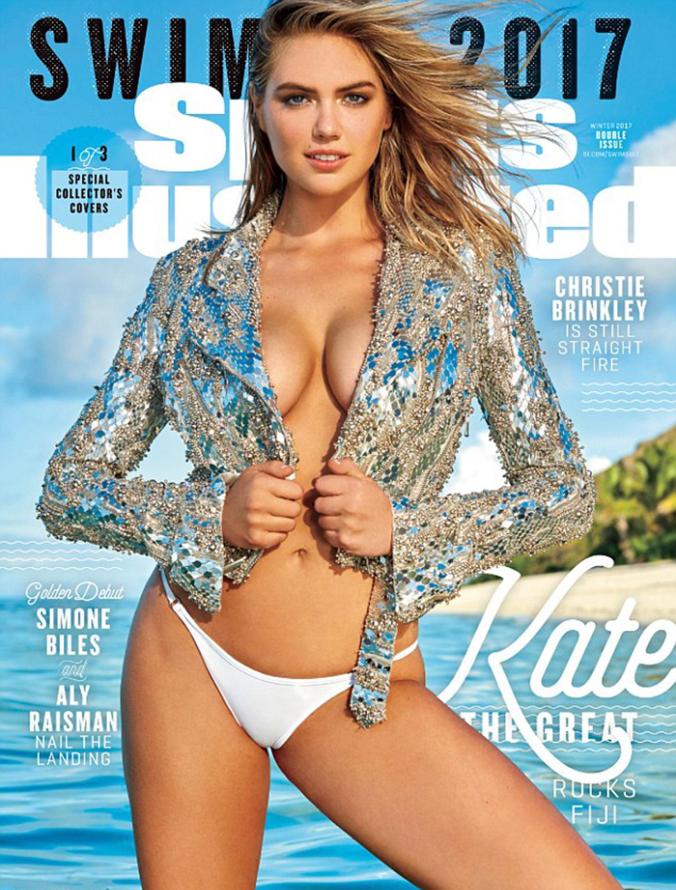 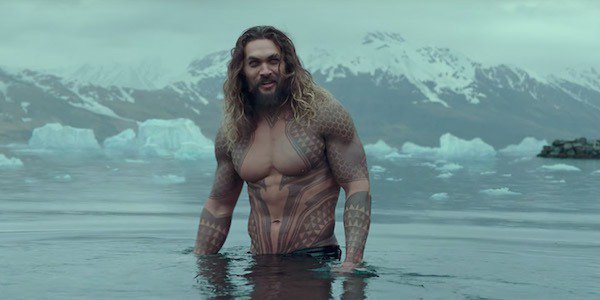 Let’s be honest, Ben Shapiro and Jordan Peterson are philosophers but they’re not PHILOSOPHERS. And PHILOSOPHERS are the kind of philosophers I’m talking about. Sure, Peterson’s 12 Rules for Life is fine, and kudos to Russell Brand for diving head-long into the role of public intellectual, but where are the folks who actually studied philosophy????

Jordan Peterson is a psychologist.

Not knocking psychology, but a psychologist ain’t a philosopher.

Ok, except for William James.

Why doesn’t Judith Butler have her own reality tv show?

Why isn’t Žižek on Ellen?

Come on, this guy was made for tv.

Where’s the philosopher “grab her by the pussy” tape?*

But, alas…. there are no philosophers on tv. Or anywhere else in the public square.

I think I know why.

Philosophers aren’t on tv (or anywhere else in public) in part, because of the perception that philosophy is tedious and boring and irrelevant. Unfortunately, philosophers haven’t done much to change this perception. Philosophers, unlike other dork professions like astronomy, quantum physics, and whatever field of science Bill Nye the Science Guy actually does, ain’t leaving the academy to chat with normal folks. Philosophers don’t talk about philosophy with people who aren’t philosophers.

it’s kind of like philosophers just talk to themselves.

Philosophy has got a terminal case of academicitis.

What’s stopping me from speaking out is I’m a snob.

This attitude isn’t uncommon in philosophy. Philosophers tend to be a snobby bunch of assholes.

Trust me, most philosophers are assholes.

(seriously, Google “philosophers are assholes” and see what comes up in your search results)

…even in the time that can easily be spared without injury to the learning of technical skills, philosophy can give certain things that will greatly increase the student’s value as a human being and as a citizen.

I should be shouting nuggets of philosophical wisdom from the rooftops! I should be telling the not-philosopher people how and what a philosopher should think about all things political. I should be enlightening the people on the foundations of democracy. I should be telling everyone on how studying Lock and Montesquieu will change their lives. Regular folks tweet gossip about Taylor Swift and Kardashians. I should tweet about Hegel and Peter van Inwagen.  I shouldn’t be able to say more than three sentences in a conversation without paraphrasing Kant  — but I’m not. I’m not saying anything. Not even in this blog.

I SHOULD HAVE A PODCAST DEVOTED EXCLUSIVELY TO TALKING ABOUT POLITICAL PHILOSOPHY! I SHOULD BE THE FOX NEWS (equivalent) OF PHILOSOPHY, DAMMIT!!!!

And because of this, I can’t help from thinking that I’m neglecting my philosophical duty to be a gadfly.

I mean, there’s a lot going on out there to talk about.

And why should Jordan Petersen be the only guy in the spotlight?

But I guess if I’m gonna be on camera, I gotta work on my abs.

And I really should stop being a snob.

…intellectually speaking, that is.

*This comment originally had the name John Searle in it: “Where is John Searle’s ‘grab her by the pussy’ tape”?  I originally wrote this line based on the recent sexual harassment scandal involving well-noted philosopher John Searle. I thought it would be better to change the comment from Searle’s name to “philosopher” to avoid further dragging Searle’s name in the mud.,,,,although I just mentioned Searle’s name and the scandal here.