Ever met a straight shooter?

Someone who calls it like they see it? Believes honesty is the best policy? Insists that what you see is what you get? Claims they’re the real deal? The real McCoy?

That say they am what they am no matter what anyone has to say about it?

You know, the kind of folks who like to keep it REAL.

In case you hadn’t noticed, all of these claims have one thing in common: they are all claims of authenticity.

When we deal with a keeps it real type of person, we’re assured that we’re dealing with someone who won’t manipulate, dupe, swindle, con, lie to or bamboozle us.

They am what they am, and that’s all that they am.

There’s a reason why Olive Oyl liked Popeye — and it wasn’t because of his massive forceps.

We want to surround ourselves with people who are authentic. No one really wants to deal with con men, bullshitters, and liars. We don’t like being deceived or having our trust in others tested. When we put our trust in people who are not real with us, at best we end up looking like fools.

At worst, someone can get hurt.

And we tell others that we’re the real deal to distinguish ourselves from those who are disingenuous and not to be trusted. 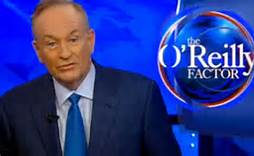 This is Bill O’Reilly. He’s totally a straight shooter. His TV show is called a “No Spin Show”.

Even in our most tangential relationships, the genuine is preferred. We believe that we cannot develop full relationships with others who are not authentic with us.

And if we cannot develop full relationships, we cannot become fully developed people ourselves.

If we are not fully developed, we cannot lead a full life.

At least that’s what a philosopher will tell you.
Authenticity, philosophically speaking, is a pretty big deal. Not just being authentic with others, but especially when we deal with ourselves. The most important kind of authenticity is authenticity of the self.

What does it mean to be as Polonius said in Shakespeare’s Hamlet, “This above all: to thine own self be true”?

To live authentically one must live life on his own terms, refusing to accept the expectations of others. We are not (and should not) be subject to the dictated ideas of what others want us to be or become. Who we are is not predetermined by God or biology. Neither is who we are the product of our family or society. We choose to “accept or revise the paths that have been laid down for us by others.”

To be authentic means that we are the sole origin of who we are and what we become. The Existentialist philosopher, Jean-Paul Sartre (1905-80), wrote:

Man is nothing else but what he makes of himself… I am creating a certain image of man of my own choosing.

This means that when it comes to who we are and how we live our lives that it is up to us to give our lives meaning; we are responsible for ourselves and what we do with our lives.

So if you’re a complete douche bag, don’t blame your parents. It’s all you.

 
There’s something kind of funny about authenticity, though. I think we’ve all noticed it.

This is especially true in certain subculture/counterculture movements. Especially when the idea of authenticity is tied to a particular ethnic, racial or political ideology. Or even a particular genre of music.

It’s kind of difficult to argue that you’re being true to yourself and you’re resisting the mainstream when you and everyone else you hang out with looks like this: 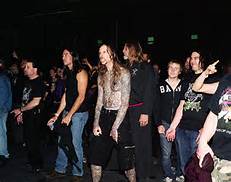 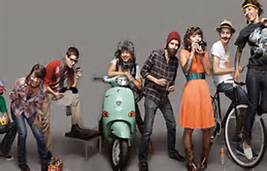 I mean, come on. How many guys have you seen dressed like this?

Here’s at least one:

Ever notice how much hippies all looked alike? 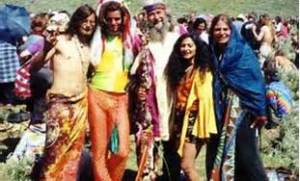 There are many ways of self-expression. And we want to express ourselves authentically. But how can we express our authentic self to other unless we can identify what our authentic self looks like? Obviously, there is a clash between individual self expression (or our want to live according to our own rules) and the set of characteristics that we use to identify with a particular identity or culture. You may feel that you are genuinely all about living the hip hop lifestyle, but to identify yourself as a true baller, you may have to affect a look that screams “conformist” rather than “authentic individual”.

Because no one will take you seriously if you’re dressed like this: 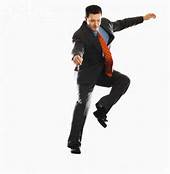 The pressure to conform is a society-wide problem.

Of course that’s a problem for straight shooters who want to keep it real.

In our pursuit to live a truly authentic existence, we are caught between our personal want to express our authentic self and the countervailing (societal) pressure to conform to a preordained image of what the real deal is (and is supposed to look and act like). We are often skeptical of someone who claims that they’re “keeping it real” if they don’t look like the real deal.

IT’S CLEAR THIS GUY COULDN’T POSSIBLY BE A CANNIBAL CORPSE FAN. HE DOESN’T LOOK LIKE A FAN. IF HE SAYS HE IS HE’S BULLSHITTING YOU

If we don’t conform to the image how can anyone know we’re the real deal?

That’s the problem with authenticity. People won’t perceive our authenticity if we don’t look authentic. A part of how we view ourselves is inexorably tied to how other people perceive us. Sartre writes:

By the mere appearance of the Other, I am put into the position of passing judgment on myself as an object, for it is as an object that I appear to the Other… I recognize that I am as the Other sees me.

A part of our perception of ourselves, our sense of who we are, is formed by our interactions with others. The philosopher, Paul C. Taylor, writes there is a:

“tension between individual identity and the… scripts of social identity.”*

The tension between individual and social identity rises to more than a minor inconvenience when, in an effort to prove how authentic we are, the need to keep it real leads us to act in a way that may be detrimental to ourselves or our non-incarcerated status.

Most of the time, we can maintain our (authentic) identity against the societal pressure to conform to predetermined expectations. As long as we know who we are and for what reason we act, even if no one else sees or knows it, we can be assured that we are living according to our own script. The key is to being authentic is to know when to ignore what others may want us to be, and when to adopt those cultural scripts that enable us to function in society.

Only you know if you are living a truly authentic life.

If you aren’t, realize you may be the biggest douche bag in the room.

‘Cause I’m a straight shooter.

I keeps it real.

* Taylor is specifically referring to racial identity in this instance, but Taylor’s statement can be equally applied to any cultural/personal identity conflict.

“Steely Dan: Understood As the Redemption of the White Negro: A Conversation Between Greg Tate and Vernon Reid”. Everything But the Burden: What White People Are Taking From Black Culture. 2003. Ed. Greg Tate. NY: Broadway Books. p. 113.